Inaugurated on June 7th at the Spazio Lazzari in Treviso, the exhibition “Corpi Vagabondi” (“Wandereing Bodies”) hosts works by the artists Cristiano Baggio and Luigi Bertolin until August 31st.

In the interior gallery of Spazio Lazzari Cristiano Baggio’s tables are exhibited made with cold, metallic, chrome materials: acrylic, aluminum, steel, copper and silver foil. This is because the geometric shapes and figures of these works represent the siliceous structure of single-celled organisms, algae, plankton, biomasses essential for the survival of the entire planet. These are minimal but indispensable marine organisms for the global ecosystem, its life cycle, and the food chain. But not only. The word “plankton” means “vagabond”, “wandering”: the vagabond bodies (in Italian: “corpi vagabondi”) of plankton and marine micro-organisms inhabit the surface like the darkest depths of the seas. They move and wander through the waters of the planet thanks to the sea currents, having little autonomous capacity for movement. They are essential for the life of everyone because they perform a marine photosynthesis action, useful to oxygenate the water basins of the planet and to clean the air. 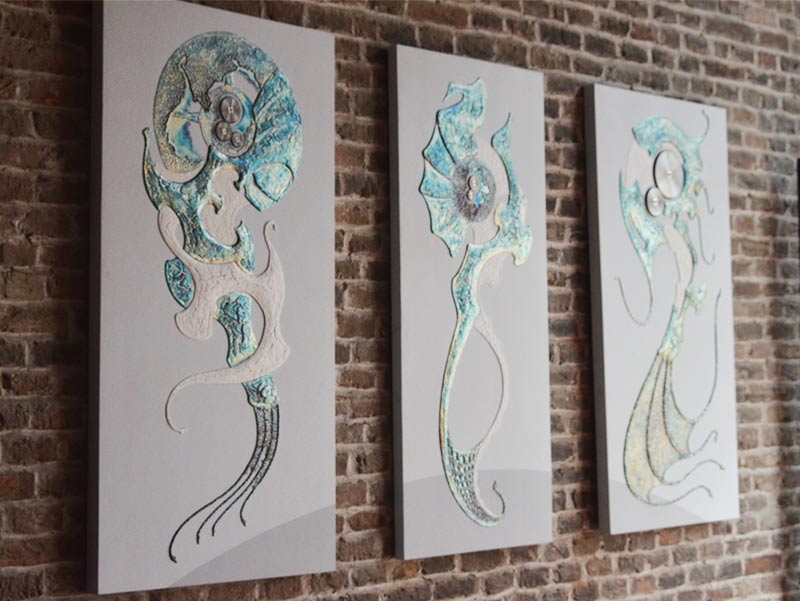 The artist’s interest in these microscopic creatures was triggered precisely for this extraordinary ability to purify the planet, to make it all in all still breathable, livable. They are almost invisible yet extremely precious organisms. Vital organisms. Cristiano Baggio’s works have therefore the aim to create a new awareness around these small wandering bodies, to the theme of marine pollution but also terrestrial, and how the delicate natural balances, a once compromised by our behavior, they put the life of the entire planet at risk. 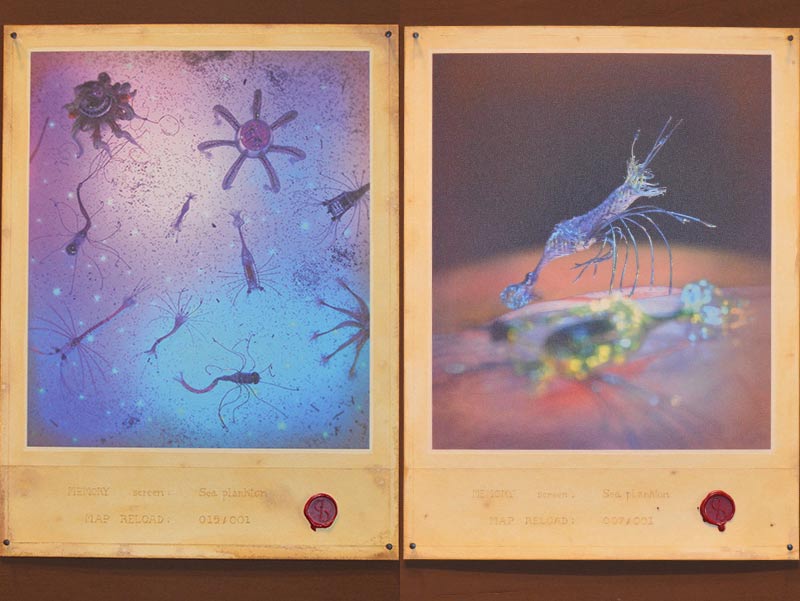 Many small and large stylized terracotta bunnies are scattered in the inner courtyard of Spazio Lazzari. They are made by Luigi Bertolin, sculptor and master ceramist. His stylistic figure is the rounded and spherical shapes with which he translates oneiric dreams, images of a spontaneously childish fantasy, in reality. The game, the wonderful, the magic embrace every creation of him, like these terracotta rabbits that inhabit the Spazio Lazzari and that surprise and intrigue every time you can see them from the adjacent street. They are also wandering bodies (in Italian: “corpi vagabondi”), materialized from who knows where, from an imaginary or a distant planet to get here, telling us their story, the one we imagine for them. 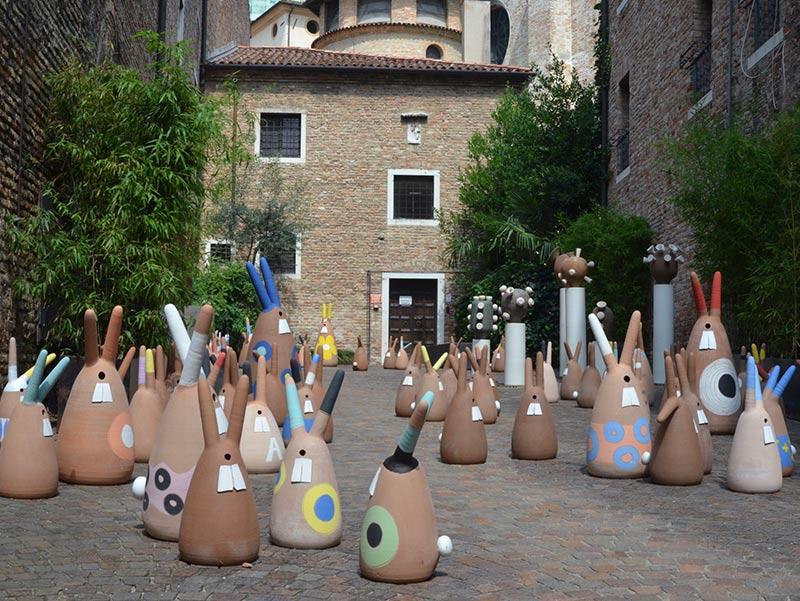 The minimal forms of these rabbits have an ancestral something that goes beyond their playful appearance and brings us back to a tribal context to which we instinctively feel attracted. And while we walk among them in the courtyard of the Spazio Lazzari or we stop to observe them from the outside, through the railing of the gate, we interrupt for a few moments the banality of our life, with its gestures and predictable rhythms called routines, and let’s take a plunge with open eyes in the imagination, feeling to be part of it or simply remembering it.

« BEPOSITIVE & LAZZARI STORE FOR A TRIBUTE TO VENICE » ESSENTIAL DIMENSIONS