TRIPPEN: JOINING COMFORT AND ORIGINALITY
Behind the Trippen shoes hides a world of accurate materials, environmental awareness and love of colours. There’s the ability of German and Italian designers and craftspeople. But most of all, there are comfort, durability and the original style of shoes meant to be used for a long time. And whose collections don’t go out of fashion after a season.

Respect for human work and nature: how Trippen was born
Trippen was born in Germany, from an idea by Angela Spieth and Michael Oehler, who began by producing open shoes with wooden soles in the Nineties. But they soon started dreaming about the production of closed shoes, and they absolutely wanted it to be a craft production. The only problem? In Berlin, where they worked, the necessary machines didn’t exist. Where could they find them? 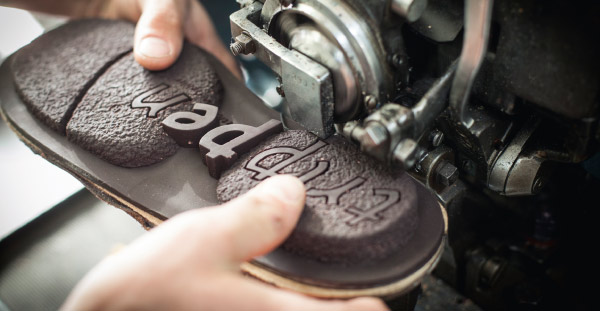 In a region where the craft production of shoes has ancient roots: Northern Italy. Here the two young designers found some families who still owned traditional machines. And convincing them to start making shoes for two almost unknown designers wasn’t that difficult, after all.
The company has grown since then, but has always remained faithful to its values:

The uniqueness of the shoes by Trippen is not determined only by these values, though. Their design and technical properties play a crucial role, too.

Trippen footwear: handmade, functional, refined and interchangeable
The footwear by Trippen has lines for both men and women. Trippen shoes style reflects the company’s values: respecting the environment means avoiding wastes, too. That’s why they came up with a very original idea: keeping the forms on which they model the shoes unchanged. And making the soles in such a way that they can be combined with different uppers.
This unique feature marries with other peculiar elements:

The ideal solution for women looking for shoes with a unique design, but which last through time and are absolutely comfortable and with a style which distinguishes them from any other footwear.

« KUBORAUM: GLASSES MADE INTO MASKS » A JOURNEY AROUND THE WORLD ON THE TRAIL OF PERFUMES: DIPTYQUE